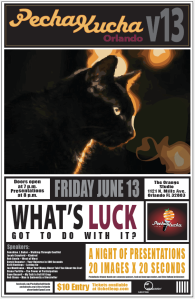 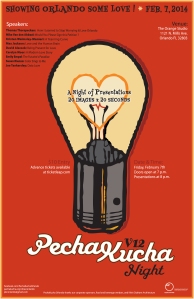 We will be “showing Orlando some love” a week before Valentine’s Day with a great lineup of presenters:

David Alecock: Being Present for Love

Susan Rienzo: Color Sings to Me

Thomas Thorspecken: How I Learned to Stop Worrying and Love Orlando

Mike Van den Abbeel: Would You Please Sign this Petition?

In addition, we’ll have entrees from Tamale Co., cupcakes from Yum Yum, coffee from Lineage Roasting, and beer/wine from Shipyard!

January 9, 2014 By eddieselover in PR, The Martini Shot Leave a comment

“What I’ve seen today for the first time is unacceptable. I am outraged and deeply saddened to learn that not only was I misled by a member of my staff, but this completely inappropriate and unsanctioned conduct was made without my knowledge. One thing is clear: this type of behavior is unacceptable and I will not tolerate it because the people of New Jersey deserve better. This behavior is not representative of me or my Administration in any way, and people will be held responsible for their actions.”

Somebody needs to be fired: the person or persons who assembled (“wrote” is too generous) that statement. Hard to believe it actually took eight hours to create it. In fact if you picked out one of every two citizens of New Jersey at random, put a gun to their head, and said “Talk!” this is probably what would come out… blustery accusation that sounds like toughness but actually blames somebody, anybody else and takes no accountability.

Let’s break it down, shall we?

“What I’ve seen today for the first time is unacceptable.” Now there’s a sentence. It casts away everything — context, explanation, setup — in a mad dash to get to the key point that Christie never saw the emails and knew nothing about them. And the mad dash ends in a Splat! ending on the lame, pseudo-censorious word “unacceptable.”

The next sentence is even worse. Grammatically, it breaks down like this:

“I am outraged and deeply saddened to learn that A) not only was I misled by a member of my staff, but B) this completely inappropriate and unsanctioned conduct was made without my knowledge.”

Oh, and he was “misled by a member of my staff.” Finally, we get to somebody specific to blame. Well, not specific, but you know. Heading in the direction of specificity.

“One thing is clear.” Well, thank goodness for that. Because nothing has been clear so far, at least in this sorry excuse for a paragraph. What is this one thing that’s so clear?

“This type of behavior is unacceptable.”

“…and I will not tolerate it because the people of New Jersey deserve better.” Okay, well that’s two things that are clear, but who’s counting?

Again, let’s break it down. This is the only reason you won’t tolerate this kind of behavior? The reason you object to snarling up traffic for days at one of the only exits from the island of Manhattan to settle a petty political score is that people in one state (you screwed over New Yorkers, too, but let it pass) “deserve better”? Your staff caused thousands of people to be inconvenienced or worse for days. This is “behavior”?

Okay, well, let’s move on, because as a communications professional, as a former resident of New Jersey, as a human being… I’m losing patience with you.

“This behavior [again with the behavior] is not representative of me or my Administration in any way, and people will be held responsible for their actions.”

Now we get to the real problem for the first time: the fact that the worst part of this scandal is that it seems wholly representative of the Governor and his administration. It’s what Hemingway called the objective correlative, the specific detail that suggests the entire big picture. That’s what is so damaging about this story — it gets right at the thing people don’t like about Christie (they think he’s a bully), and makes it clear and relatable.

And finally, “people will be held responsible for their actions.” This is a cop-out in three ways at once: the use of the passive voice (who is the actor in this sentence? who will be holding these people responsible? nobody, it seems) — the use of the vague “people” — and the fact that this accountability will happen in some distant future. This triple backing away from actual responsibility gives the lie to all the other attempts to make Christie sound like a decisive leader. There is no leader present in this statement; there is only an injured and frightened ego. 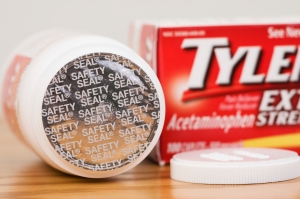 It’s rare to associate a PR person with heroism. But that’s what I’d call the successful management of a public health crisis, an unsolved crime, and a brand/PR disaster all at the same time. An object lesson in Doing the Right Thing. RIP Larry Foster.

August 21, 2013 By eddieselover in Public Speaking Leave a comment 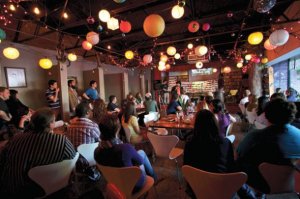 Nice piece in the latest Orlando Magazine by Kristen Manieri about PechaKucha Night and the other events that are contributing to the intellectual life of our city:

August 7, 2013 By eddieselover in Public Speaking Leave a comment

Our v11 poster is now official! Thanks to Mike Funk of Preferred Graphics in Southern California for the great work!

Here is a link to the next PechaKucha Night in Orlando:

This event may sell out, so we strongly recommend purchasing your tickets online in advance of the event, here: